Coming to a decision …

In the month of November I decided to go on another ten day Vipassana course before the end of the year.   My first experience of Vipassana happened last year in March after 30 years of knowing about it, but never deciding to go on one, maybe I wasn’t ready for it …  It was a very strong experience to say the least and changed me more than I thought, it is probably still changing me right now without me being aware of it.  I knew I had to have another one before 2016 would end, but I was hesitant as this time round I knew what I would be in for, so even if I was less scared by the unknown, I knew the commitment it would involve. Commitment is always hard to face and take on, however evolved we are.  The courage and decision came after a conversation I had with a woman who lives on the other side of the world when I mentioned it and, after the conversation, I realised that I was actually afraid of it, so there and then I went on the website straight away and filled in the form to go and be a helper on the next available dates.  I thought that this time I wanted to experience the Vipassana in a more active way and decided to facilitate the experience for other people who made such a courageous decision to go for such demanding ten days. 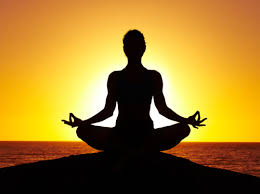 The answer to my application didn’t come immediately, but I knew like last time, that I would be accepted.  After few days I received an email questioning some of my answers and that made me think hard about where I was at with my personal commitment and my journey of awareness as a meditator.  I was eventually accepted as a helper on the course from 7th till 18th December.  I took a sigh of relief after I received the final message of acceptance, as then I only had to organise myself so that I could be away from it all for ten days and serve others.  Well by serving others I would be serving myself too, just in a different way …  I was right in thinking that, as I would soon find out by myself.  I knew that I would be tested, even if I had already been through it once; this time it would be just different, that’s all.  I have to admit though that I felt less daunted by it than in March; I knew from my previous experience that it would be tough, but definitely doable!  I was looking forward to my ten days of silence and being cut off from the world and its triviality, I found the thought very refreshing and alluring, actually irresistible!  I know that the inner work is the ultimate work to do to progress in life and know as well how demanding it is, but so worth it!  In the days before leaving I was asking myself in which way I would like to help and discovered that I would like to serve in the kitchen. 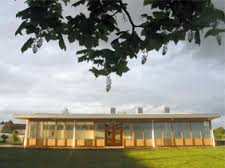 My partner offered to drive me to Dhamma Dipa, as he lives not far away from the centre.  I pondered on it for a while because I quite liked the whole process last time, including the driving, even if I got a fine on my way back home, as I was still so spaced out.  Even though I like driving on my own, I find it quite meditative in fact, I decided to accept the offer from my partner, as I thought it would give me some mind space and time to wind down from normal life before going into the Vipassana experience.   It was actually quite lovely to be driven there, this time I could enjoy the landscape, as I didn’t have to drive. I felt quite emotional too by realising that I was voluntarily putting myself into this experience for the second time in a year. I felt proud of myself and deeply happy to have eventually found enough determination to do it again.  When I arrived at Dhamma Dipa I wasn’t surprised to hear that I would be serving in the kitchen, I was sure about it.  I said goodbye to my partner who seemed itching to leave me to my experience and I went to my room to unpack and settle down for a moment.  I had a sigh of relief: I was there now and could relax and let everything go …  Like last time I appreciated the simplicity of my cell and the quietness of the place. I was in my environment again after nine months of normal life: great!  I felt back on my inner journey and excited about what this retreat would trigger in me and unfold in my life … 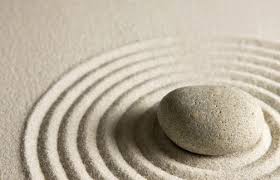 My first challenge that I encountered was discovering that I won’t be enjoying nine days of silence, as the students would, because people would speak in the kitchen for practical reasons, even if only a minimal conversation was recommended. I also soon found out that the group of helpers I was in wasn’t particularly interested in maintaining the conversation to a bare minimum, just the opposite!  I felt really annoyed by that, but the only thing I could do was simply to observe the noble silence myself as much as I could without paying too much attention to other people’s conversations and remaining present to what was going on in myself.  I found that extremely challenging and it took me few days before I felt a bit more settled.  I was so much looking forward to my silent retreat and didn’t want to let go of that!   The purpose of Vipassana though is to stay with what is rather than what one wants, so there was my first exercise.

My second challenge was not being segregated and therefore having to deal with sexuality on a daily basis on top of everything else.  Sexuality in the kitchen, what about that?  Well, maybe I had experienced that before, but not consciously.  Let me clarify this point before you might think of something different from what I mean.  Sexual energy can be experienced anywhere and at any time in life and at any age, consciously or unconsciously in a passive and active way, but it gets triggered more in an environment with both genders present, hence the segregation in monasteries all around the world, whatever is the religion they follow.  For the first time in my life I understood it!  I could remember so well how much I enjoyed last time being among women only. I felt so peaceful and free, but it took some time for me to grasp the reason behind it.  This time I could so easily spot it straight away and realise that this would be my second challenge: to get into a meditative state is so much more difficult!  The seduction game is very seductive indeed and, becoming aware of it, can be very tricky. It requires so much presence!   It took me at least a couple of days to realise what was going on in me, but then I figured it out, noticed the group dynamics and understood why it was going on.  Slowly but steadily I got better and better at putting myself in a neutral position and minding my own business by remembering why I was there.

My third challenge was coping with the super tight and full timetable starting at 4 am and finishing around 10 pm. It was slightly longer than the students’ one and much more physically demanding. After few days the fatigue kicks in and being present becomes more and more difficult. On top of that I was determined to fit in as much meditation as possible, as the three hours that the helpers are requested to do didn’t seem enough for me.  I managed to meditate at 4.30 am for one or two hours before starting working in the kitchen, during the rest time between 1 and 2.30 pm and after 7.30 pm when I wasn’t doing the late shift in the kitchen, but I noticed very quickly that I couldn’t possibly sustain that schedule every day and had to come to terms with my fatigue.

My fourth challenge was to manage being in a silent and meditative state while meditating and in proximity of the students and being in an active and operative state while working either in the kitchen or in the dining-room.  I found it extremely difficult to jump from one state to the other one so often and so quickly.  Of course I couldn’t possibly know that before I was in the situation and imagination sometimes is simply not enough!  As I was in charge of the dining-room, being alert that everything was there for the students, without them having to request anything, wasn’t that easy at 6.30 am or at 11 am when tiredness would start kicking in or personal issues would show up at the least expected moment. Likewise jumping from the hectic environment of the kitchen into the calm of the meditation hall in a question of seconds would be very harsh on my mind and sometimes my body would simply refuse to obey and stay put for an hour without giving me grief.

My fifth challenge was mastering the noble speech at command and being in a loving and compassion state all the time.  Noble silence is definitely much easier to observe, whereas noble speech requires much more presence, commitment, determination and devotion!

My sixth challenge was to have no expectations either from the students, the helpers or the staff of the centre.  Just because one is in a meditation environment it doesn’t mean that everyone is infallible, just the opposite!  Any other challenge?   Possibly many more, but these are the major ones that come to mind right now and, I can assure you, that they were enough.  I felt grateful at times that I was just feeling overwhelmed by it all without knowing why, as whenever one knows or becomes conscious of the why, it means that one has to work on it …  Sometimes being unconscious is actually bliss and necessary to give one’s mind a rest, a well deserved rest! 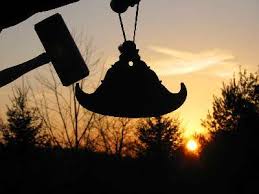 Of all the fantastic moments that I experienced during this retreat, the one that stuck out for me was standing in a corner of the dining-room while attending to the students during their meals and being in bliss just for the fact of being there and serving them for nothing in return. Selfless service is definitely something to experience at least once in your life, I would definitely recommend it!  Try it and see what happens to you, you never know …  I went back feeling renewed.  If you want to find out more about Vipassana and Goenka’s centres around the world go to https://www.dhamma.org/  If you have any questions or you have been through such an experience, I would like to read either your questions or your comments.  Be happy!

0 thoughts on “The power of service”