‘Imagine there is no heaven

It’s easy if you try

No hell below us

Above us only sky

Imagine all the people living for today

Imagine there is no country

It isn’t hard to do

Nothing to kill or die for

And no religion too

Imagine all the people

You may say I am a dreamer

But I am not the only one

I hope some day you will join us

And the world will be as one

I wonder if you can

No need for greed or hunger

A brotherhood of man

Imagine all the people

Sharing all the world’ 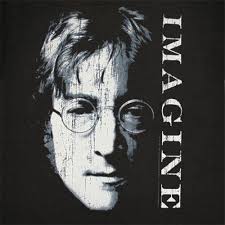 The march against Brexit

The words of ‘Imagine’ were in my mind on Saturday 20th October 2018 when I was in Trafalgar Square in London and was surrounded by people who took part into the march against Brexit.  It all brought back memories of when two years prior I joined the march for human rights and against Donald Trump’s views and his way of doing politics.  I was looking around at all those people moving in different directions as the march was over and just feeling my heart beating, besides the noise of the outside world being very loud, but peaceful.  My heart possibly beating at the same rhythm of many other hearts around me while I was standing in the sun on St. Martin-in-the-Field’s steps trying to see if I could find a friend of mine who came all the way from Devon to join the march.  I was feeling the balm of the heat of a wonderful autumnal day, my eyes dazzled by the bright light as I was not wearing sun glasses while I was hearing in my mind John Lennon’s song ‘Imagine’ that accompanied my teen age years and beyond.  Finding my friend wasn’t that important any more, just being part of that moment and energy was enough.  I was observing all those people, their boards, their stickers, their outfits, their faces and was feeling that a part of myself was in all of them naturally. 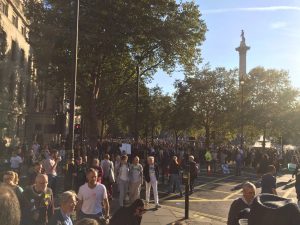 I was wondering: why we are still battling separation?  Will we always have to fight against it or will we be able soon to grant us this wonderful privilege of living peacefully and united?   It would be nice …   My heart was beating harder and the heat of the sun was wrapping me up with an embrace of love and warmth, I was thinking ‘The sun shines on all of us, whatever colour is our skin or whatever language we speak, that’s wonderful!’   If only politics became a peaceful and honest game rather than being what is still today: a filthy and all encompassing competition game for power and supremacy.  I am definitely a dreamer, John Lennon style and always have been so!   Will I change?  No, why should I?I know I am not the only one …   Am I deluded?  No, I feel actually quite awake, but according to the so called ‘normality’ maybe yes; so many other people though like me are starting making their opinion heard knowing that we can all make a difference together.

Later on I went to North London to co-run an event called ‘1000 Goddess Gathering’; this was one of many events happening around the globe on the same day to celebrate the intention to bring the divine feminine energy back in balance with the divine masculine to help compassion coming back to planet Earth.  This movement started two years ago by Mare Cromwell in Washington D.C. inspired by the Tibetan prophecy that states that when 1000 Goddesses or Buddhist Taras gather the Divine Feminine will rebirth through their combined energies and the tone of the planet will shift from one of fear to one of compassion.  At the end of the event we were all giving voice to our dreams of what the Planet and Life could be, if the two energies could live harmoniously together and…Imagine a world without Trump or Putin or any other politicians who want to exercise their power only for supremacy rather than service.  Imagine a world where any creed is welcome and accepted and considered as equal and just as any other.  Imagine a world where women and men live together in harmony without trying to make each other wrong, imagine …  If we all held this intention and thought that our dreams could be possible and happen within our life time, there would be a shift in consciousness and things would start to seriously change.   Never think that you are a dreamer, meaning a deluded person, because there are for sure others like you somewhere in the world, I personally would rather be considered a naive deluded woman, rather than give up my hope for a better future for all.  We can all say no to war, corruption, aggression, injustice, dishonesty, killing, pollution, discrimination, sexism, agism, cruelty, power and all the other lovely things that affect our life nowadays and have affected humanity for so many centuries.  During the ‘1000 Goddess Gathering’ event I shared my vision of ‘The XXI Century Woman’ hoping to plant a seed that hopefully will bloom somehow in the near future and other women like me might feel drawn to join forces to create a more conscious planet. To read my vision click here.   Love is the answer and the future, always! 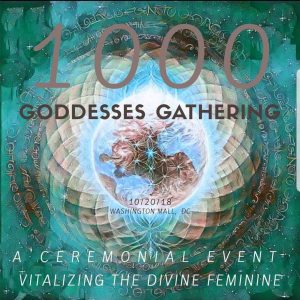 If you would like to find out more about myself and my work with women you can check Flying Inspiration.  Thanks for reading and may we all create a better world for all, women and men, in Europe and beyond in the wide world.  Love and hugs from ‘The Flying Witch’ 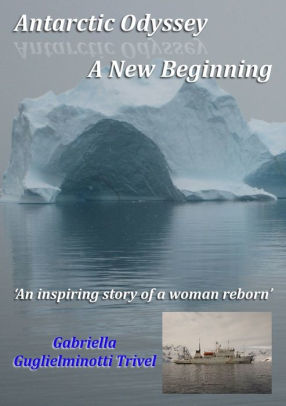